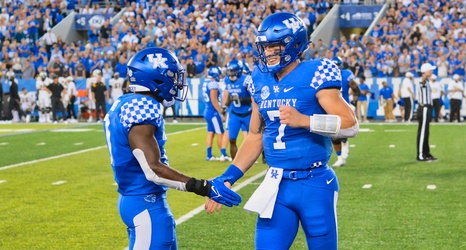 Numbers mean a lot to football teams, and the Kentucky Wildcats are no exception. They’ve got a lot of records, history, and fun facts behind dozens of digits—here’s UK football by the numbers 1-25:

2 SEC championships—one more than Mississippi State and two more than Vanderbilt, both who have like the ‘Cats been in the SEC since the very beginning.

3 straight wins over Louisville, a streak that hasn’t showed any signs of slowing down.