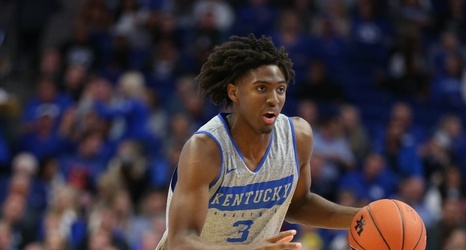 “Kentucky is loaded again — nothing new under John Calipari,” Medcalf wrote. “But the Wildcats lost Tyler Herro and Keldon Johnson, and the 27.5 PPG combined they produced, to the NBA. But Maxey is a 6-3 athletic wing and future pro who has to fill that void for the Wildcats. Kentucky has to find a catalyst on offense. Maxey tops the list of internal candidates.