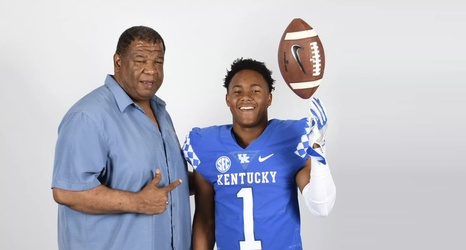 Wan’Dale Robinson is officially joining the Kentucky Wildcats after two long years. Robinson announced his intentions to transfer to Kentucky today, and it instantly made Kentucky a stronger contender for the SEC East next season.

Robinson is a do-it-all playmaker who will make an instant impact and contribute immediately for the Wildcats.

There’s much to be excited about for the 2021 football season with the addition of Robinson. A stacked roster, a favorable schedule (if it’s back to normal), and with the hopeful addition of fans in the stands, Kentucky could be in store for a magically season if everything falls in place.