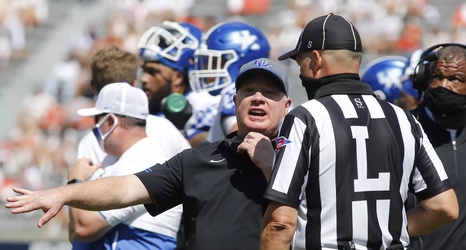 Good news: football is back. Bad news: Kentucky got embarrassed against a team that really wasn’t that much better than them.

The Kentucky Wildcats looked like a very rusty team throughout the day, committing costly turnovers, not executing on plays, and just looked like they needed a few more practices under their belt. With the amount of veterans on this field for the Wildcats, that is a little disappointing.

Kentucky lost the turnover battle 3-0, and also had some questionable play-calling and decision making, such as Max Duffy’s failed fake punt attempt.

Terry Wilson showed flashes of being a good quarterback, but in his first game back, looked a little off-beat, as we all expected after not playing a game in over a year.