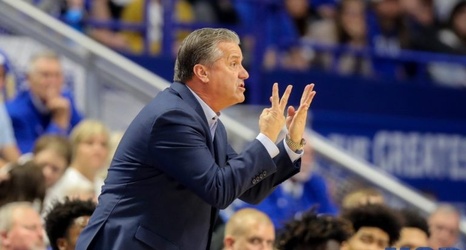 “I’ve done this so long that we go from Michigan State thinking we can beat the world to obviously not in the right frame of mind, not the right kind of preparation. What these teams do every year I coach, they’re going to follow my lead. Well, they probably followed my lead. I thought we were going to win the game, too. I didn’t think we would have that much of a struggle with those guys. And so they followed my lead, and it woke me up more than it woke them up. But I think they know now that every game, we have a chance to beat anybody – and lose to anybody if we don’t compete.