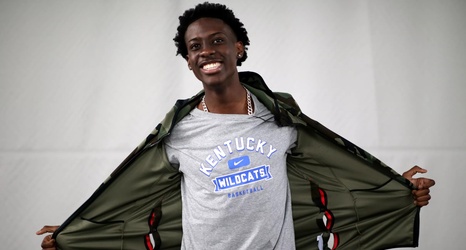 The Kentucky Wildcats have become a powerhouse for five-star recruits under John Calipari, and in 2020, it’ll be no different. They brought in three this past season and should boast at least three more next year.

That includes five-star shooting guard Terence Clarke, who is one of the top players in the Class of 2020, has officially signed his letter of intent to play for Kentucky. On the first day of the early signing period, Clarke made it known that his future is in Lexington.

The No. 1 shooting guard and No. 4 overall recruit via 247 Sports composite, Clarke is from Boston, Massachusetts.