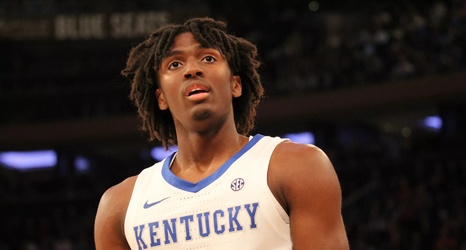 Kentucky fans will see a familiar face on ESPN2 tonight.

Maxey, of course, is a projected first round pick in the upcoming NBA Draft, but draft insiders are having a hard time placing him. The general idea is that he will go somewhere in the 10-20 range, but of course, there’s a huge difference between being the 10th pick and being the 20th pick.