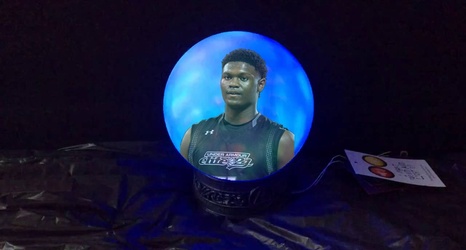 On Sunday, the 2018 phenom downplayed talk of being a package deal with Immanuel Quickley, who is widely predicted to be Kentucky’s first commitment in the 2018 class, and today, there’s been some alarming movement in Williamson’s 247 Sports Crystal Ball. The last three picks have all been for Kansas:

What’s behind this troubling development? Kansas has been in the mix for Williamson all along, but as Jason Marcum notes, it also may stem from Bill Self offering Williamson’s AAU teammate Dontarius James. James isn’t even ranked by the major recruiting services, but mysteriously picked up an offer from the Jayhawks last night, prompting this tweet from Williamson:

Is that really enough to convince three recruiting “experts” to change their picks?