The Wildcats finally got it going from deep vs. Mount St. Mary’s 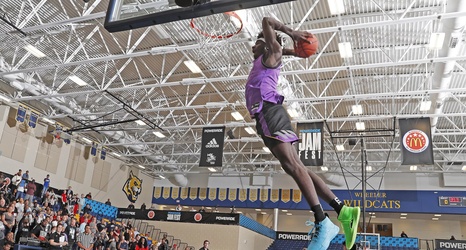 The Kentucky Wildcats have been atrocious from deep to start the season, one reason for their NCAA-rattling loss to Evansville. In that outing, they were just 4/17 from deep.

Against another clearly subpar opponent, they weren’t letting history repeat itself. Against Mount St. Mary’s on Friday, the team shot 6/15 from downtown, and it was thanks in large part to Immanuel Quickley, whose status was unknown until hours before the game.

“Immanuel is an electric scorer, he can shoot the ball, he can finish, like I said he played great minutes off the bench and made a lot of three-pointers,” said Kahlil Whitney after the game.