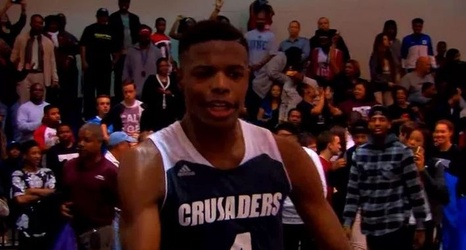 Terrence Clarke is next in a long line of Kentucky Wildcats to enter the NBA Draft, as he made it official today.

The 6-7, 190-pound freshman came into Kentucky ranked as the No. 8 overall recruit by the 247Sports Composite Rankings after reclassifying to play this season. While Clarke showed glimpses of his talent, he missed most of the season due to ankle injury that kept him from late December until the SEC Tournament.

In eight games this year, Clarke averaged 9.6 points, 2.6 rebounds, and 2 assists per game while splitting duties between the one through three positions.