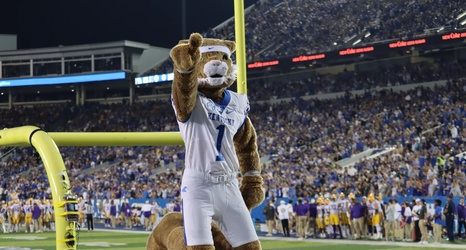 It’s already been a special season for the Kentucky Wildcats men’s tennis team, and that continued Saturday.

With a spot in the Elite Eight on the line, 8-seeded Kentucky took down 9-seeded Wake Forest in the NCAA Tournament Super Regional Round at the Hilary J. Boone Tennis Complex by a 4-2 result. The Wildcats concluded their season at the Boone Complex with a 14-2 home record.

Kentucky is in the NCAA Quarterfinals for the fifth time in program history and will take on top-seeded TCU on Thursday in Champaign, Illinois. UK will be seeking its first semifinal appearance in school history.