Some bold predictions for the Wildcats in 2015 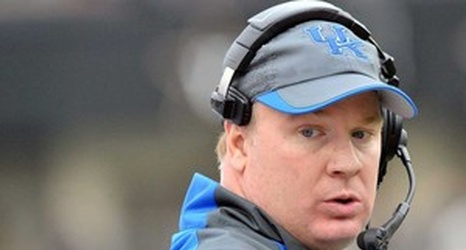 Some bold predictions have been made for the upcoming Kentucky football season, courtesy of Nick Cole at SEC fan site Saturday Down South.

In projecting the Wildcats' 2015 results, Cole got bullish on quarterback Patrick Towles, saying he would "perform to All-SEC standards." A seemingly susprising prediction, yes, but it warrants consideration considering he did throw for more yards last season than Dak Prescott and will be playing in a conference with very few established returning starters.

Cole also predicted a win for Kentucky in the Governor's Cup in what could decide the Wildcats' postseason fate, if the 2015 season is anything like the 2014 one.