Skyy Clark is recruiting other top 2022 prospects; update on his injury 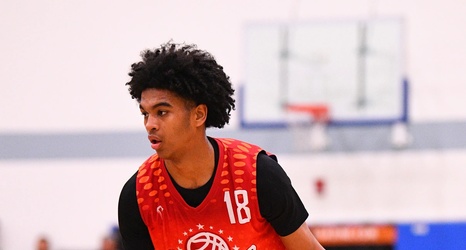 Back on July 9th, it was reported that 2022 point guard and Kentucky Wildcats commit Skyy Clark suffered a partially torn ACL and meniscus in his left knee, keeping him sidelined the remainder of the summer.

Despite being unable to participate in the ongoing Nike EYBL, Clark and his family still made the trip to South Carolina to check out the event John Calipari and the Kentucky coaching staff were present evaluating recruits.

Clark’s father, Kenny Clark, spoke with Ben Roberts of the Herald-Leader over the weekend, and he is optimistic about his son’s long-term outlook.