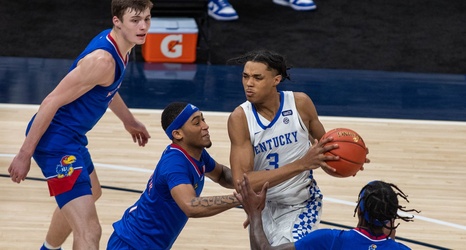 LEXINGTON – As John Calipari prepares for a Sunday game against Georgia Tech, he finds his team in unprecedented territory.

For the first time in his 12 seasons as coach, Kentucky is under .500 after playing multiple games. While losses to Richmond and Kansas, both ranked in the most recent Associated Press top 25, are not shocking considering all 10 scholarship players to appear in a game for Kentucky so far had never played for the program before last week, the fact they came in the season's first week changes the perception of the team.

Calipari’s track record suggests this Kentucky team will eventually find its stride, but nothing is guaranteed in a season unlike any other due to the COVID-19 pandemic.