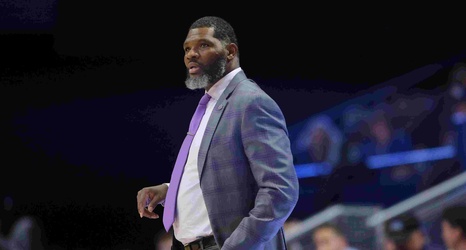 LEXINGTON - Walter McCarty knows how to win at Rupp Arena.

In his four years as a Kentucky player, McCarty totaled a 54-2 record in the building. As a head coach, he is now 1-0 after leading Evansville to a shocking upset of No. 1 Kentucky, 67-64, as a 25-point underdog Tuesday.

“This is at the top,” McCarty said after the win. “To be able to come back home, play against the No. 1 team in the country and be able to perform the way we did, I don’t know if anything matches this other than winning a national championship from a basketball standpoint.