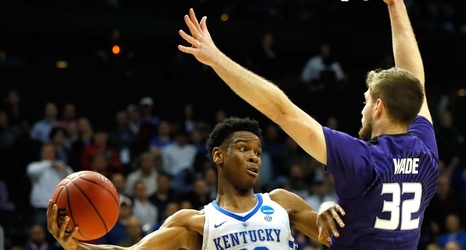 Shai Gilgeous-Alexander, as many predicted, put his name into the 2018 NBA Draft. Shai will sign with an agent, effectively ending his UK career after just one season in Lexington. Gilgeous-Alexander will not receive the publicity that will be thrown towards DeAndre Ayton or Marvin Bagley. But, he will make a big enough impact to make the All-Rookie First Team.

Most mock drafts have Shai going in the middle-part of the first round. Among the teams drafting in that neck of the woods are the Philadelphia 76ers, Charlotte Hornets, Los Angeles Clippers, Denver Nuggets and Phoenix Suns.