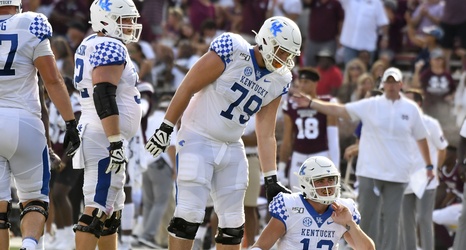 While there were numerous crucial moments that proved to be detrimental in Kentucky’s 28-13 loss to Mississippi State on Saturday night, it’s tough to argue that any single mishap was more costly than quarterback Sawyer Smith’s opening-drive interception returned for a touchdown.

While Kentucky turned things around in the second half and put itself in position to win late in the fourth quarter, it was evident that starting from behind killed any and all momentum the team had going into the game. A 7-0 start quickly snowballed into a 21-3 deficit with just over five minutes to go in the second quarter.