Rolling with the Rookies feature on Josh Allen 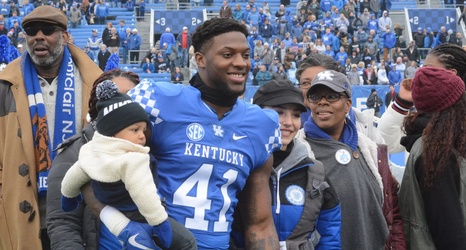 The 2019 NFL Draft begins Thursday, and it will be a special night for Josh Allen.

After a standout career with the Kentucky Wildcats, Allen is poised to hear his name called early in this year’s draft. Some projections have him going as high as No. 3 to the San Francisco 49ers. He will also be the first Kentucky Football player drafted since 2016.

Wherever Allen lands, it will be the end of what’s been an amazing journey from forgotten recruit to top-10 NFL Draft pick.

The fine folks over at The Post Game after done a Rolling with the Rookies feature on Allen, which looks back at his long road from being an all-state receiver in high school to winning multiple Defensive Player of the Year awards in college.