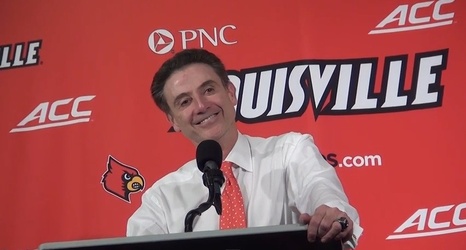 Rick Pitino spoke about the possibility of John Calipari coaching the New York Knicks and he said that he is a lot smarter than he was about that decision.

He doesn’t think Cal will ever leave Kentucky.

Pitino told Steve Serby of the New York Post that he doesn’t think Calipari would be interested in coaching the Knicks. He also called Calipari “a lifer at Kentucky” and detailed why the move wouldn’t make sense. “I think when you coach at Kentucky, you have the premier job in college basketball — in terms of he can recruit any player he wants, he has unbelievable facilities, he’s gonna win his 30 games every year, and he’s got the best job in all of basketball,” Pitino said.