Rhyne Howard the projected No. 1 pick in the 2022 WNBA Draft 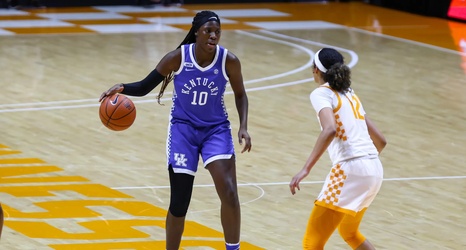 Kentucky Wildcats women’s basketball star Rhyne Howard made the choice to return to Lexington for her final season on the UK Hoops squad.

And with that, she may have just solidified herself as the potential No. 1 pick in next season’s 2022 WNBA Draft.

Lyndsey D’Arcangelo of The Athletic broke down her top-15 for next year’s draft, and Rhyne Howard sat atop the rankings at No. 1.