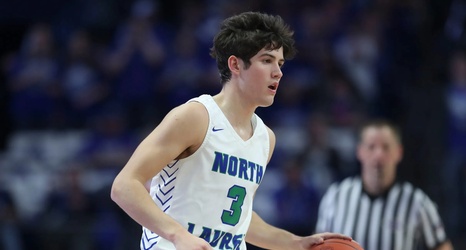 Reed Sheppard is the Kentucky Wildcats’ first commit for the 2023 recruiting class, and he’s looking forward to getting to Lexington when the 2023-24 season begins.

On Tuesday, Sheppard made an appearance on Zach Schumaker’s YouTube channel where he talked about a lot of different topics.

One of the topics that came up was Sheppard’s recruiting process. He was asked which schools he was seriously considering when his recruitment started coming to a close.

“It came to down to Indiana, Ohio State, Virginia, Louisville, Kentucky. Those were kind of the top five that had reached out.