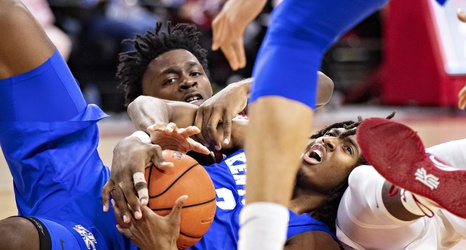 The Kentucky Wildcats are back on track following Saturday’s 73-66 win at Arkansas, which came three days after a gut-wrenching defeat at South Carolina.

Coming into the week, it appeared the Wildcats were starting to hit their stride after winning four straight and climbing back into the top 10. However, the loss in Columbia proved to be quite debilitating since South Carolina was a team with seven losses, which included Stetson, Northern Iowa and Boston University.

But as painful as that loss was, the Cats got just the rebound win they needed with a road triumph over a Razorbacks team that probably would have been a top-25 team next week had they won.