Postgame notes and milestones from Wildcats’ win over Alabama 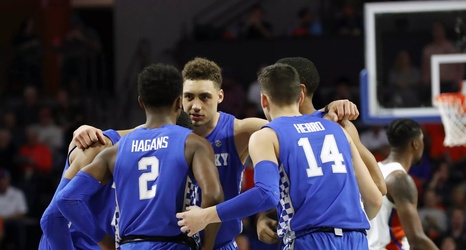 One season after getting swept by Alabama, it was the Kentucky Wildcats doing the sweeping this time around.

Despite entering Saturday’s Rupp Arena clash as 6.5-point favorites, it certainly didn’t feel like Kentucky was the big favorite. Not after learning starting guards TyTy Washington and Sahvir Wheeler were both out, and certainly not while Alabama hit three after three after three in the opening half.

The Tide managed to drain nine of their first 22 attempts from deep and led by 13 with five minutes left before halftime. That’s when the game changed, as Kentucky caught fire and managed to take a 47-46 lead into halftime.