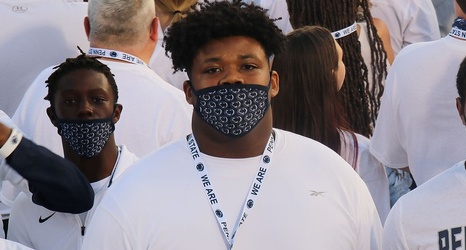 Ramsey is a 6-foot-4, 365-pound offensive lineman from Philadelphia. The Roman Catholic High School guard is a three-star prospect, ranked as the No. 60 IOL by the On3 Consensus, a complete and equally weighted industry-generated average that utilizes all four major recruiting media companies.