Nate Sestina’s mission to be the perfect teammate 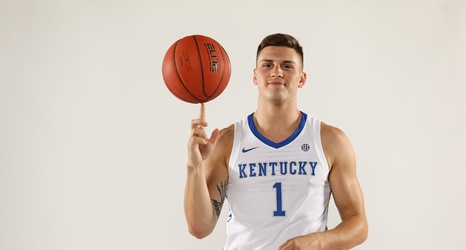 Over the past decade, Kentucky has been defined by the one-and-done, but for the second year in a row, a done-and-one is having an impact as well. Since arriving on campus this summer, Bucknell grad transfer Nate Sestina has made it his mission to become this team’s big brother, ala Reid Travis last season. So far, his teammates say he’s succeeding.

“On the court he’s always talking,” Immanuel Quickley said of Sestina. “He made me breakfast one time. He takes me out to lunch. He’s the best teammate ever.