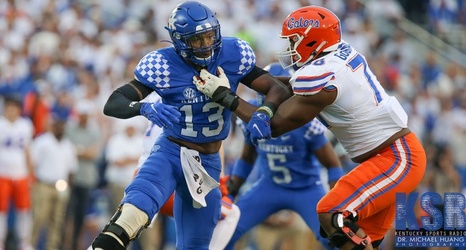 After an agonizing year that was filled with heartbreak on and off the field, J.J. Weaver received redemption in the Wildcats’ 20-13 win over Florida.

In his third season as a Wildcat, Weaver has made playmaking the norm. He’s had success even though Mark Stoops believes he’s still not 100% healthy. Physically, the road to recovery may still be ongoing, but mentally, Weaver appears to have found peace.

Before Weaver could play a down of his redshirt season, tragedy struck. His father, Terrance, was murdered in a June home invasion.