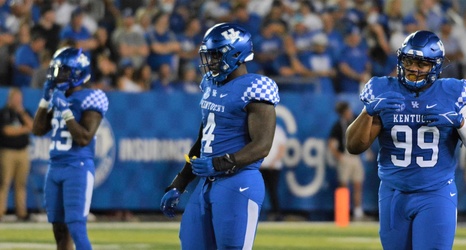 The Kentucky Wildcats went into a matchup with the Louisville Cardinals and came away with a dominating 52-21 victory.

Unfortunately, during the game, senior defensive end Josh Paschal went down with a leg injury during the 3rd quarter and had to be helped off the field.

Mark Stoops didn’t know the severity of the injury following the game noting that further tests would need to be done on what the broadcast crew called a “groin injury” for the pass-rusher.

During his Tuesday radio show, Stoops said that this was a more serious injury than anything he has dealt with this season.