“La Familia” will be John Calipari’s lasting legacy at Kentucky 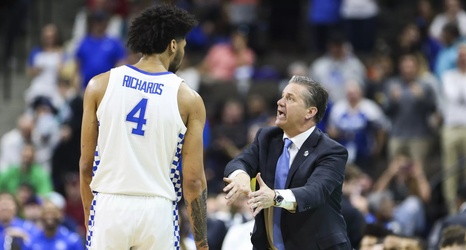 John Calipari has done an unbelievable job as the head basketball coach at the University of Kentucky, where he has coached a revolving door of highly-talented players year after year.

During his 11 years at Kentucky, he holds a winning percentage of .811, an SEC regular season or conference tournament title in eight out of 11 seasons, six Elite Eight appearances, four Final Four appearances, and, of course, one NCAA National Championship.

All that success pales in comparison to his biggest achievement: giving birth to a fraternity known as “La Familia.”

While this group includes both current and former Kentucky players, the most notable and well-recognized members are the 29 Wildcats that currently have roster spots on 20 different NBA teams.