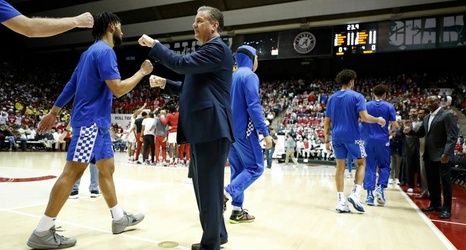 Kentucky got its “roadkill” again, defeating the Alabama Crimson Tide by a final score of 66-55 in Tuscaloosa. It was a win that pushed UK’s record to 19-4 on the year and 8-2 in conference play, holding firm at No. 2 in the SEC.

How did the victory come together? And what does it mean for the Wildcats as they look ahead to their matchup at South Carolina on Tuesday?

In a matchup of two of the nation’s top-15 scoring offenses, the college basketball world expected a high-scoring track meet between the Wildcats and Crimson Tide.