Kentucky's Domination of Scott Satterfield, By the Numbers 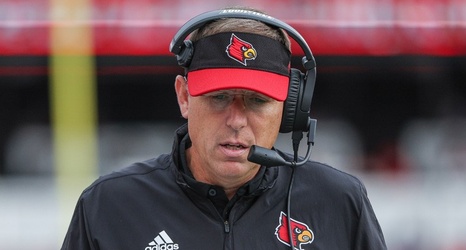 The last time we saw Scott Satterfield at Kroger Field, rain washed away tears as he cried about Ls Down at midfield. The Louisville head coach has under-performed in the rivalry since he arrived in 2019, and that’s putting it lightly. Let’s dive into the numbers to see just how bad Scott’s Tots have played in two games against Kentucky in the Battle for the Governor’s Cup.

3 — Kentucky punts, only one in the first half against the Cardinals.