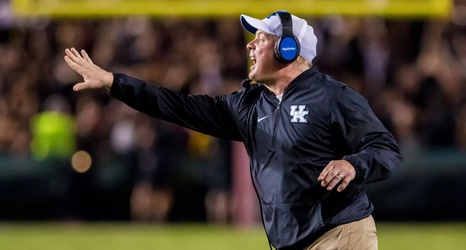 The 2019 season is off to a rough start for the Kentucky Wildcats. After winning their first two games of the season, the Cats have dropped two in a row to start conference play 0-2.

Not only have the Wildcats lost to Florida and Mississippi State, but they’ve lost their starting quarterback Terry Wilson for the season due to a torn patellar tendon. They are now starting a graduate transfer in Sawyer Smith, who’s playing with a bad shoulder and wrist.

Needing a win to turn their season around, the Wildcats will head to Columbia next weekend to take on the South Carolina Gamecocks.