Kentucky surges past Arkansas: 5 things to know and postgame cheers 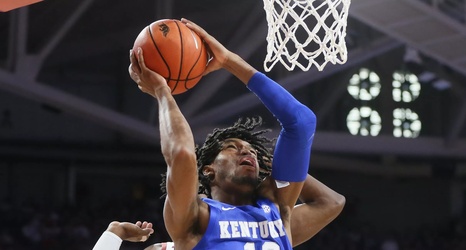 The Kentucky Wildcats answer the bell and get a huge road win against the Arkansas Razorbacks. It was a gritty win against, probably, the second best team in the SEC as of today. It looked as if things were about to get super ugly following Cal’s ejection, as the Hogs had taken a four-point lead after Kentucky held an 11-point lead.

Kentucky played phenomenal defense on Isaiah Joe, who had been averaging over 17 points per game. He was a non-factor and didn’t score his first bucket until the second half. They also held Arkansas to below 34% shooting on the night.