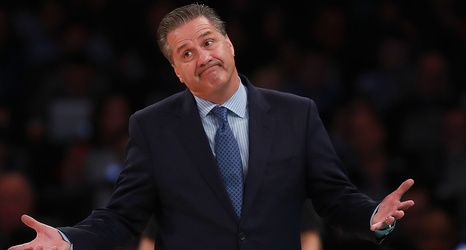 Las Vegas wants its money back. After gifting the entire Bluegrass with Kentucky Football catching three at Louisville over the weekend, Vegas hopes to reclaim its losses tonight when Kentucky Basketball hosts Central Michigan in Rupp Arena. Tony Barbee brings his Chippewas back to his old employer as a heavy underdog against the 11th-ranked Wildcats. Oddsmakers set the opening line at 28 points. (Kentucky is the favorite, obviously.)

Since the line debuted, early money has already moved the spread a couple of points. It’s up to 31.5 in some places, including DraftKings Sportsbook; although 30 is the most common number at the time of posting.