Kentucky now has the consensus No. 1 recruiting class in 2020 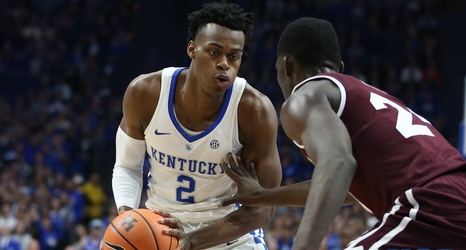 Kentucky now has the consensus No. 1 recruiting class in the 2020 team rankings.

After the recent additions of Devin Askew (reclassification) and Isaiah Jackson, both 247Sports and Rivals both moved Kentucky up to the top spot in their respective rankings, leaving just ESPN as the lone holdout.

And then this afternoon, ESPN officially bumped UK from No. 3 to No. 1 overall, giving Kentucky the consensus top-ranked class in the nation.

“Kentucky and Duke made early statements in the 2020 class, looking to get their work done early as opposed to waiting until the spring like they’ve both done several times in the last decade,” ESPN’s Jeff Borzello said in the recent update.