Kentucky is a Finalist for 4-Star DL Kendrick Gilbert 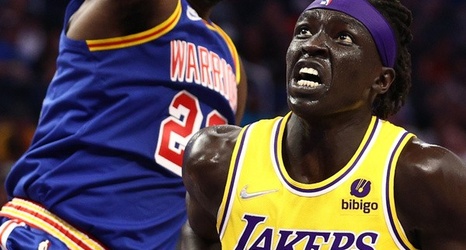 Kentucky is closing in on a talented defensive lineman, one of the best in the region. Wednesday afternoon four-star prospect Kendrick Gilbert unveiled his final four: Kentucky, LSU, Purdue and Iowa.

The rising senior at Indianapolis (Ind.) Cathedral is the No. 362 prospect in the 2023 class, according to the On3 Consensus, a complete and equally weighted industry-generated average that utilizes all four major recruiting media companies.

Gilbert officially visited all four of his finalists in June. After wrapping a visit to Iowa City, he shared with On3’s Billy Embody that he plans on announcing a commitment this summer, prior to the start of his final high school football season.