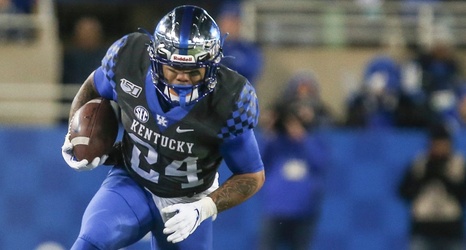 LEXINGTON — Chris Rodriguez had already rushed 51 times for 397 yards, as he remembers it, in a high school game a few years back when his coach asked him to head onto the field for one more play, this time, on defense. His team, Ola High, held a one-point lead in the waning seconds and as the ball was hiked, Rodriguez realized the opponents were attempting to lateral the ball repeatedly — “the Miami Miracle,” he called it — as they tried for a desperation score.

Rodriguez first tackled one ball-carrier, who lateraled it, then sniffed out another ball-carrier who coughed it up, and finally another.