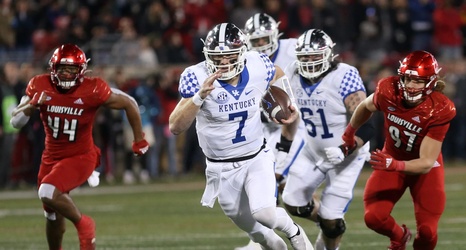 The Kentucky Wildcats will take the field at Kroger Field in just about four months.

As the Big Blue Nation gets revved up for summer-ball and fall camp just around the corner, we are at the point of the year where way-too-early rankings start to roll out. Unlike years past, these rankings are favoring the Cats.

ESPN’s Mark Schlabach released an updated ranking for the approaching 2022 season, and he has the Cats right in the mix at No. 22. He ended up dropping the Cats one spot from his previous ranking.

Here is what Schlabach had to say about the Cats;

“After guiding Kentucky to its second 10-win season since 1977, coach Mark Stoops and his staff spent the spring trying to rebuild both lines of scrimmage.