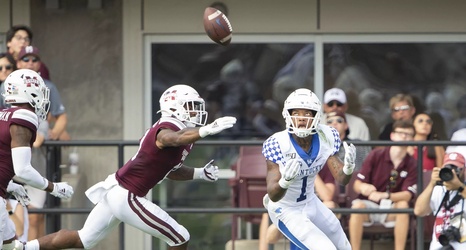 The Kentucky Wildcats started their game against Mississippi State just as their previous loss to Florida began.

The defense could not get a stop, and the offense was not able to gain any momentum. Although they closed the gap before the final whistle, the Cats picked up their second loss of the season with a score of 28-13.

Penalties, dropped passes, and a lack of capitalizing on great opportunities were the story of the game. AJ Rose led the Wildcats offensively with his biggest game of the season. He racked up 105 yards on just 9 carries.