Kentucky doesn’t need to change the playbook for Sawyer Smith 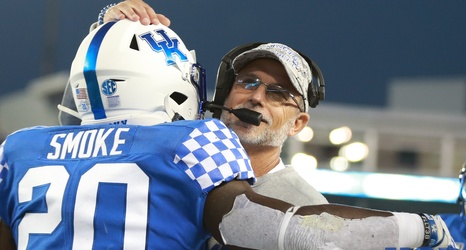 “I think we were a little bit further behind at that time in what we were doing,” Gran said after Tuesday’s practice. “We put a lot in this fall camp. The good part about where Sawyer is right now, we don’t have to change anything. The thing’s open. We’re going to do the exact same thing. We’re not changing and that’s a huge benefit to us.”

Smith should be at a disadvantage compared to Stephen Johnson. After all, Johnson arrived from junior college in the spring, while Smith had to wait until he completed summer classes at Troy.