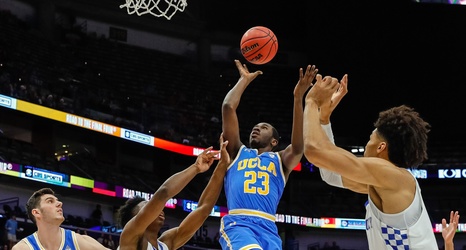 LEXINGTON - A second game has been confirmed for Kentucky basketball's 2020-21 schedule.

The Wildcats will face UCLA in the CBS Sports Classic on Dec. 19 at Rocket Mortgage Fieldhouse in Cleveland. The game will be part of a doubleheader also featuring Ohio State facing North Carolina.

The contest joins a home game against Texas (Jan. 30) in the Big 12/SEC Challenge as confirmed dates on the schedule.

UK's full schedule is expected to be released soon, but most of the nine available nonconference matchups have been revealed in other reports. The SEC will play 18 league games.