Kentucky Basketball Adds Walk On for Next Season 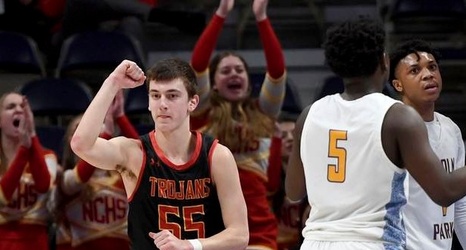 Here is a story about DeGregono and his family’s connection to Coach Cal:

A 5-foot-11 point guard, DeGregorio led North Catholic to a Class 3A WPIAL championship, playing some of his best basketball in the postseason.

In a 65-56 win over Lincoln Park in the WPIAL finals, DeGregorio scored 19 points, including a 10-for-10 effort from the free-throw line in the fourth quarter.

In the first two rounds of the state playoffs, DeGregorio scored 33 points, including seven 3-pointers, in a win over Westmont Hilltop, and 25 points in a victory over Aliquippa.