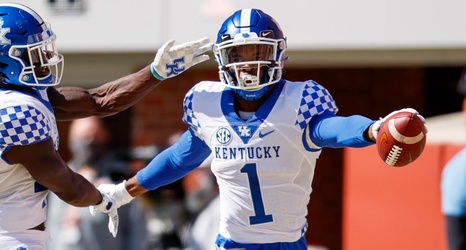 Former Kentucky Wildcats DB Kelvin Joseph has been drafted 44th overall by the Dallas Cowboys in the 2021 NFL Draft. He joins linebacker Jamin Davis (19th overall to the Washington Football Team) as former Wildcats to be selected in this year’s draft, and they’ll end up facing in each other in the NFC East.

Joseph, who joined Kentucky following a transfer from LSU in 2019, picked off four passes in nine games played at boundary cornerback in 2020. He notched his first career interception in the win over Mississippi State, then followed that up with a 41-yard pick-six at No.