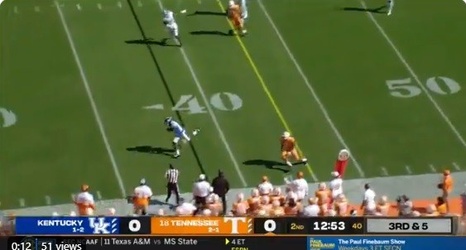 Former Kentucky cornerback Kelvin Joseph was taken in the second round of the NFL Draft by the Dallas Cowboys.

Joseph was taken with the 44th overall pick.

LEXINGTON, Ky. – – Kentucky sophomore cornerback Kelvin Joseph was chosen in the second round by the Dallas Cowboys as the 44th overall pick in the 2021 National Football League Draft on Friday night in Cleveland.

After sitting out the 2019 season due to NCAA transfer rules, Joseph, who played at LSU in 2018, used his length and athleticism to pick off a team-high four passes in nine games played in 2020.