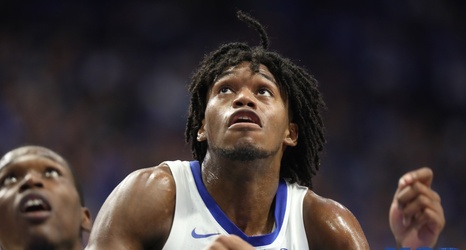 It’s no secret that Kentucky’s intensity has plummeted since the season-opening win over Michigan State. Most of that is due to injuries, but part of it is also the freshmen getting used to being everybody’s Super Bowl, to borrow a phrase from John Calipari. Today, Keion Brooks told reporters that the team knows they must get back to playing with the same intensity they had to start the season.

“We need to learn to play again to our standard. I feel like lately, we have been playing to the level of our competition and not playing like we were in the beginning of the season, especially in the first two games against Michigan State and EKU.