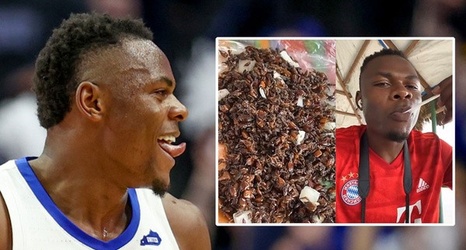 Karl-Anthony Towns is being recognized for his off-court contributions.

On Monday, the NBA announced the five finalists for the 2022 Kareem Abdul-Jabbar Social Justice Champion award, where Towns was one of the players selected for the prestigious honor. The award is handed out to the NBA player who made a significant impact through social justice and activism during the season.

Towns, who plays for the Minnesota Timberwolves, joins Reggie Bullock (Mavericks), Jrue Holiday (Bucks), Jaren Jackson Jr. (Grizzlies), and Fred VanVleet (Raptors) as fellow finalists. The winner, which will be announced during the Western Conference Finals on TNT, will receive $100,000 in donation funds that they will direct to the social justice organization of their choice.