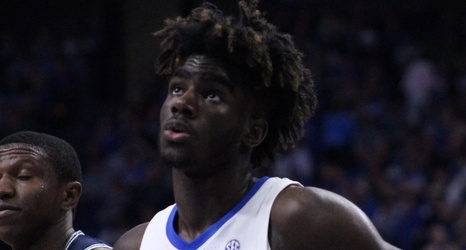 Former Kentucky forward Kahlil Whitney is getting his shot at the NBA, and he’ll do so with several other former Cats in Charlotte.

According to Adam Zagoria, Whitney is signing an exhibit-10 contract with the Hornets.

Exhibit-10 contracts are one-year deals for the NBA league minimum salary. They also include come an optional bonus of up to $50,000 if the player doesn’t make it in training camp but signs with the team’s G-League affiliate. Nate Sestina signed a similar deal with the Brooklyn Nets.