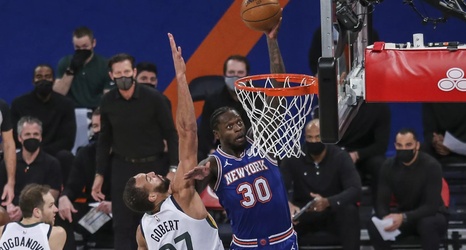 The New York Knicks may be the most surprising team in the NBA right now. As crazy as it sounds, they’re in playoff contention at 8-9. In a weaker conference, they could seriously make a run for their first playoff berth since 2013.

They’ve found success behind the drastically improved play of forward Julius Randle. While the talent has always been there for the former No. 2 overall pick, Randle’s stepped his game up tremendously this season.

This offseason, Randle, according to The Athletic’s Mike Vorkunov, took his conditioning to the next level, running a mile in 5 minutes and 30 seconds with no shoes.