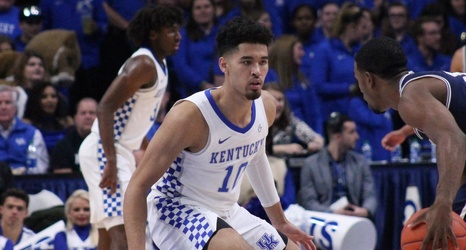 Johnny Juzang officially announced his intention to enter his name into the transfer portal on Twitter on Friday afternoon. The buzz about a transfer by Juzang had died down as his play picked up down the stretch, but there was a point in the season where it looked inevitable that he would join Kahlil Whitney and leave the program.

Per Jack Pilgrim at KSR, he had heard that Juzang “had his bags packed” in January. If you look at the start of his season, it’s not hard to see that being the case.