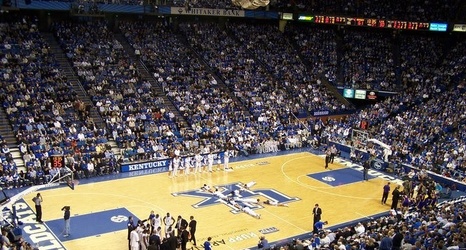 The comments seemed to be because the scorekeeper tried to foul Tyrese Maxey out when he only had four fouls.

Apparently John Robic leaned over to the official scorer and called him a cheater as the teams shook hands. I assume for fouling out Maxey when he wasn’t fouled out?