John Calipari Is Already Practicing What He Preached in Recruiting 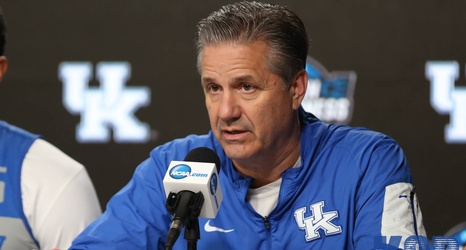 Terrence Clarke and Lance Ware have committed (this after BJ Boston and Cam’Ron Fletcher committed over the summer). The school has decided to part ways with Top 15 prospects Jalen Green and Joshua Christopher because of fit and need. And the will he/won’t he Devin Askew reclassification rumors took a new twist, when Askew said this week that no, he won’t be reclassifying (something I’m still not sure that I 100 percent believe, by the way).

More than just the actual news itself however, the uptick in both recruiting news and action comes at an interesting time. It comes just a few weeks after Calipari had his preseason media “State of the Union” address, a press conference where he talked extensively about UK recruiting and philosophy.